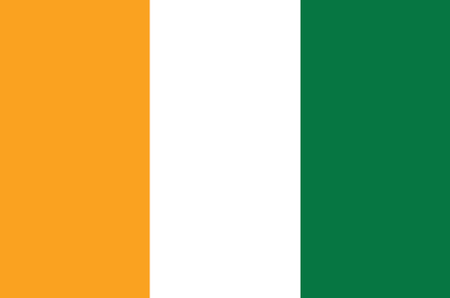 Golf Courses in the Ivory Coast

The République de Côte d'Ivoire, better known to English speakers as the Ivory Coast, used to be an important garrison for France in West Africa before gaining its independence in 1960. At first the country fared better than most in the wake of decolonization, though a coup in 1999 led to civil war the early 2000s, and internal political tensions continue to flare up. Bounded by Liberia, Guinea, Mali, Burkina Faso, Ghana and the Atlantic Ocean, Côte d'Ivoire has great natural features, including mountains, jungles, rivers and the coastline that gives the country its name (or part of its name; the "ivory" part refers to the now banned trade in elephant tusks). Fortunately, golf has managed to persist here in the face of all the domestic turmoil, with five courses currently open for play. The premier Ivory Coast layout is at the Ivoire Golf Club in the capital of Abidjan, right near the Intercontinental Abidjan Hotel. Here the Open de Cote d'Ivoire, once an event on the European Challenge Tour, has been hosted three times, including in 1999, when Ian Poulter emerged victorious; this was, however, the last competition held here before unrest made such events impossible. The President Golf Club, located in Yamoussoukro, the country's second-largest city, hosted this tournament through the Eighties and early Nineties, during which time it was won by the likes of Gordon Brand, Gary Player and Vijay Singh.

Discover golf courses in the Ivory Coast ordered by rating