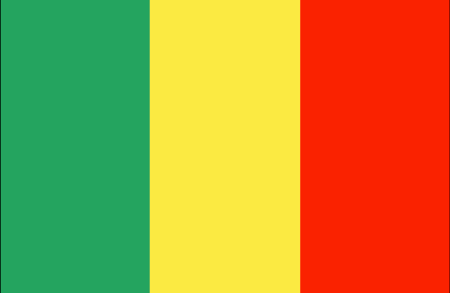 Mali is a country in northwestern Africa that borders Mauritania, Algeria, Niger, Burkina Faso, Ivory Coast, Guinea and Senegal. Much of its territory is desert, though the southwestern corner has a more tropical climate. Mali is rich in natural resources, including gold and other minerals. It was the center of the Mali Empire, one of the major states in West Africa from the fourteenth to the seventeenth centuries. By the latter part of this period European powers had become active in Africa, and Mali came under the control of France, which governed it as part of French Sudan. The country finally became an independent republic in 1960, but soon came to be ruled by a military dictatorship. Beginning in the early 1990s, however, democratic institutions began to take root, and today Mali is one of the more stable governments in the region, apart from the Tuareg uprising in the north that flared up in 2012.

Mali is a land of great history, embodied in the fabled city of Timbuktu and the massive Great Mosque at Djenné. And while the tourism industry has suffered in the wake of attacks on tourist by militant groups in the Sahel region, there remains a single golf course in the country designed to cater to visitors. The 9-hole layout at the luxury Laico l'Amitié Bamako hill, located in the heart of the nation's capital, is a private refuge with tree-lined fairways and facilities that include swimming and tennis.