The Federal Republic of Nigeria is a West African nation sharing borders with Benin to the west, Niger to the north, Cameroon to the east, and to the south the Gulf of Guinea. This part of Africa has been occupied for much of the time people have been on the planet; like other parts of the continent, it was colonized by Europeans, in this case the British, in the early nineteenth century and gained independence and its modern shape in the mid-twentieth. The birth pangs of the new nation were at times acute, but by the turn of the millennium a stable democracy had been established, and the last few rounds of elections were recognized as largely fair by world observers. Nigeria bulks large in the economy and culture of Africa as a whole, with over 180 million people, the sixth-largest territory and the highest GDP on the continent.

When it comes to sports, soccer is of course Nigeria's most popular, with the national team, the colorfully-named "Super Eagles," having reached the World Cup five times, most recently in 2014. Golf attracts much less attention, but even so there are an estimated 200,000 players in Nigeria and around 50 courses. Many of these are of the little "pitch-and-putt" variety, but there are also a number of gorgeous, championship-ready layouts. Most of the passion for the game is centered on the largest city, Lagos, where some innovative new courses have been built, including Lakowe Lakes Golf Club and Ikoyi Golf Club. The hope is that the game will grow steadily in Nigeria, and that some day a native player will become the kind of international presence that can stimulate a more lasting interest.

The All Square ranking of the best golf courses in Nigeria 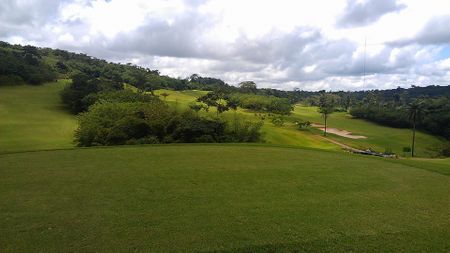 Nigeria
Your rating
No users played here
Already played this course?
See all 10
See all 10
Explore 45 golf courses in Nigeria

Nigeria
Your rating
No users played here
Already played this course?
See all 45
See all 45