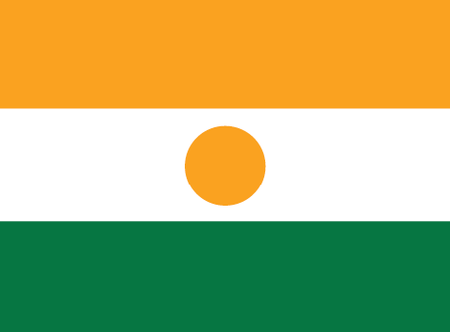 The Republic of Niger is a country in north central Africa bordering Mali, Alteria, Libya, Chad, Nigeria, Benin and Burkina Faso, with some coastline on Lake Chad. It is the largest nation in the region, over three-fourths of which is occupied by the Sahara Desert. France colonized from Niger 1900 to 1958, and even after independence French remains the official language, providing a measure unity among the various ethnic groups that make up the population of around 17 million. The post-independence period has not been easy on Niger, with an ongoing series of constitutional crises and takeovers by the country's military. The last of these coups, in 2010, however, was followed by the establishment of a democracy. In any case, Niger remains a fairly impoverished country, with a lack of basic infrastructure in many places.

This fragile state of affairs means that tourism has not had the opportunity to develop in Niger. Nevertheless, there is in fact a full-sized golf course in the country, namely Golf Club de Rio Bravo on the outskirts of the capital city of Niamey. To be sure, the facilities leave much to be desired: the playing surfaces are of oiled sand, and the custom is to tee off orange balls from a small mat made of astroturf. All the same, there is something inspiring about the effort to play the game in such difficult circumstances.