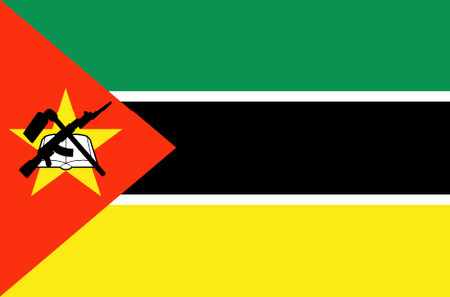 The Republic of Mozambique is located in Southeast Africa, sharing borders with Tanzania to the north, Malawi and Zambia to the northwest, Zimbabwe to the west, and Swaziland and South Africa to the southwest, with a strip of coastline on the Indian Ocean to the east. Waves of Bantu- and then Swahili-speaking peoples settle the region in the first millennium AD, and the coast became home to Arab traders. The Portuguese established a presence beginning in 1498 and treated Mozambique as a colony until granting independence in 1975. Whether despite or because of their efforts, Mozambique is today one of the world's poorest and least-developed countries.

The country's great potential as a tourist destination has so far remained largely untapped, though there are signs that this is changing. Mozambique's lovely beaches and wilderness interior are some of Africa's best-kept secrets, and the welcoming people enjoy sharing their rich culture. The weather and landscape are also perfect for golf, though here again very little of the potential has been realized, since there are currently only two courses in Mozambique, both of only 9 holes. The oldest, in the port city of Beira, dates back to the opening years of the twentieth century. The other is far up the coast to the north at the mouth of the Pungue River. There are said to be new courses in the works at Mossuril Bay and at Bilene, and it is to be hoped that these layouts increase both the quantity and quality of golf available in Mozambique.

Mozambique
Your rating
No users played here
Already played this course?
See all 2