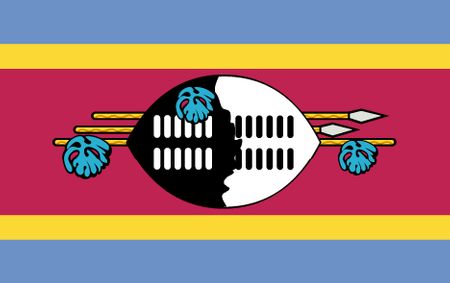 The Kingdom of Swaziland is a tiny nation tucked into the northeast corner of South Africa where that country meets Mozambique. Swaziland was controlled by England until gaining independence in 1968; a parliamentary monarchy now rules the country from the capital of Lobamba. The economy is based on logging, farming and minerals, and is integrated with that of its huge neighbor, South Africa. One of the scourges of Sub-Saharan Africa, HIV, has been particularly destructive here, where over a quarter of the population of around 1.1 million is infected with the virus. Nevertheless, Swaziland boasts a vibrant culture and welcoming people, along with breathtaking scenery that includes nature reserves where visitors can view lions, rhinoceros, leopards, elephants and water buffalo.

As an added attraction, there are now 8 golf courses located in various superb locations around Swaziland. Two courses currently vie for the title of best in the country. One is at Royal Swazi Spa Valley resort in the lovely Ezulwini Valley region, an 18-hole championship layout that follows the curve of the majestic Lugogo Mountains. This club has hosted a pair of Sunshine Tour tournaments, the Investec Royal Swazi Open, which has been won by such stars as Ernie Els, and the Lombard Insurance Classic. A close second (or a narrow favorite, depending on whom you talk to) is the course at Nkonyeni Lodge and Golf Estate, a residential and resort location with a striking, African-themed clubhouse. The championship layout here was created by Phil Jacobs and features an especially impressive final hole that plays over the Usuthu River to an island green.

The All Square ranking of the best golf courses in Swaziland

Swaziland
Your rating
No users played here
Already played this course?
See all 8