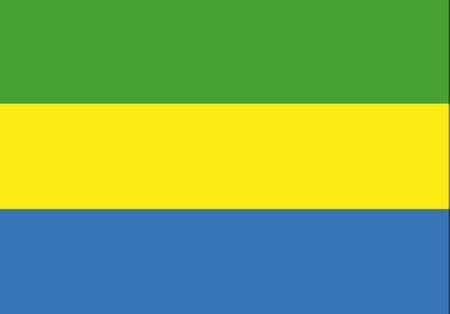 Gabon is a country on Africa's Pacific coast bordering the Republic of Congo to the south and east, Cameroon and Equatorial Guinea to the north and the Gulf of Guinea to the west. The French colonized Gabon in the nineteenth century, and it did not become an independent state until 1960; French remains the official language. The country has over the past century enjoyed relatively greater peace and prosperity than many others in the region, though its oil-centered economy is sensitive to fluctuations in the market and has delivered the vast majority of Gabon's wealth into the hands of a small elite. There is great potential here for eco-tourism; over 10% of the land is set aside for national parks that are home to gorillas, elephants and other iconic African wildlife species. There is also that long stretch of white sand beaches along the coast.

When it comes to sports, soccer is of course the national pastime, and Gabonese players such as Pierre-Emerick Aubameyang and Mario Lemina have earned worldwide reputations. But golf is not unknown here; there is a Gabonese Golf Federation, according to which 5 courses are currently open for play, all of them in and around the capital of Libreville. The Golf Club de Libreville is the most prestigious, and usually serves as the venue for any competitions held in the country; and Golf Club de Port-Gentil just south of the capital occupies a stunning site on a spit of land jutting into the ocean. More recently, though, Gary Player's design for Cite de la Democratie has been the focus of attention.

Gabon
Your rating
No users played here
Already played this course?
See all 4