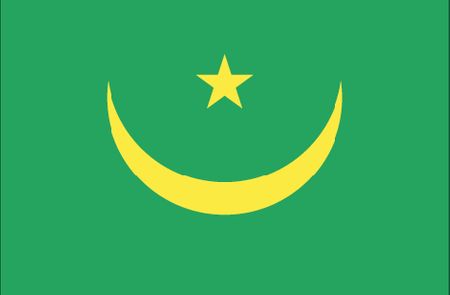 The Islamic Republic of Mauritania is located in northwest Africa, sharing borders with the disputed territory of Western Sahara, Algeria, Mali and Senegal, and with a long strip of coastline on the Atlantic Ocean. All but 10% of the territory is occupied by the western edge of the Sahara Desert, with most of the population of some 3.5 million living in the slightly less arid south. Arab invaders came in the eleventh century and with difficulty imposed Islam on the native Bafour and Berber peoples. France took control of the region in the nineteenth century, making Mauritania part of French West Africa after World War I. While in the process of exploiting Mauritania's natural resources and strategic location, the French did attempt some humanitarian reforms, such as outlawing slavery, but with limited success; even today the practice persists, with some estimates suggesting that as many as one in five Mauritanians is not free. There was apparently once a golf course located in the capital city, but it is no longer open, and there appears to be nowhere in Mauritania to play golf at the present time. Those miles of coastline, though, certainly represent some untapped potential that the country could use to promote its tourist industry if the political situations were ever to improve.