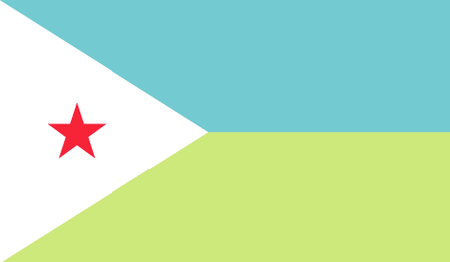 The tiny Republic of Djibouti, nestled in among Ethiopia, Eritrea and Somalia on the Horn of Africa, is a desert nation with an economy built around trade and shipping on the Red Sea. Formerly controlled by France, Djibouti gained its independence in 1977, though it has maintained ties to its former colonial master and has forged a strong relationship with the US, which maintains an important outpost there for its Combined Joint Task Force. The population of around 800,000 comprises a number of West African ethnic groups; the dominant religion is Islam. Only Iceland can compare with Djibouti for the number of extreme landscapes packed into so small a space; here you can find volcanic features like those in Yellowstone National Park, expanses of barren rock and desert valleys. Outside the capital of Djibouti City, very little development has taken place, so the back country, through which nomads still roam, has special appeal to eco-tourists. The country is home to a single golf course, Douda Golf Club, located outside the capital toward the border with Somalia. The playing surfaces are of soil and sand rather than turf, and the clubhouse is rather primitive, but there are 18 fairly challenging holes here. Just don't take your best clubs.

Djibouti
Your rating
No users played here
Already played this course?
See all 1