Cuba has of course long been dominated by a regime that proclaims its hostility to all things Western, but with the collapse of the embargo on the country and the recent thaw in relations with the US, golf can be expected to return in a big way in the coming decades. With miles and miles of some of the least-developed beaches in the Caribbean, steamy jungles and a vibrant culture, not to mention proximity to Florida and the cruise ship industry, Cuba has the potential to develop into a major golf destination. The game was popular among tourists and locals alike in the pre-revolutionary period, but Castro closed most of the courses when he took power over half a century ago, though he was rumored to enjoy the game, and actually staged a competition with Che Guevara to tweak then-President Eisenhower. Only three courses have survived. The Varadero Golf Club offers the first and so far only full-sized course here, a design by Canadian Les Furber of Golf Design Services Ltd; with its stunning oceanside setting, this course is bound to get crowded soon. The 9-hole layout at Habana Golf Club in the nation's capital is the oldest course on the island, a par-35 that hosts open-entry international competitions six times a year. Cuba's other 9-holer was created for the US servicemen at Guantanamo, so is not open to the average player. 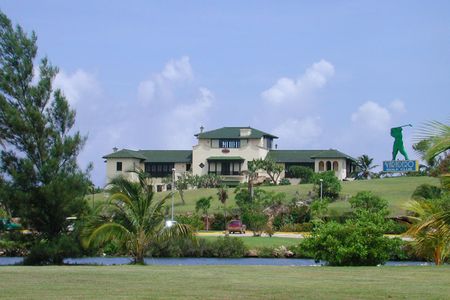