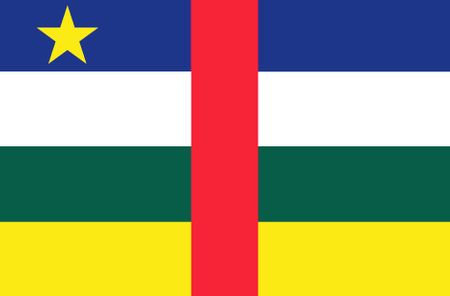 Formerly a French colony, the country known today as the Central African Republic has experienced little calm since becoming an independent nation in 1960. Colonial exploitation, tropical diseases, autocratic rulers and ethnic and religious tensions have left the CAR one of Africa's poorest and least stable nations. Even the end in 1996 of the corrupt and dictatorial government of Jean-Bedel Bokassa, who styled himself King Bokassa I, after twenty years in power, failed to bring anything like peace and prosperity. This land-locked country is surrounded by Chad, the two Sudans and the two Congos, and it has much to offer in the way of scenic beauty and wildlife that would attract tourists if the political and economic circumstances were to change. Yet there is at least one golf course in the Central African Republic, a 9-hole public facility located in the capital of Bangui. Photos of the course depict expanses of gently rolling grass fringed with palm trees, and the turf doesn't actually look nearly as bad as might be expected. The political situation has taken a turn for the worse in recent years, though, so it is not clear whether or not the course is still open for play.