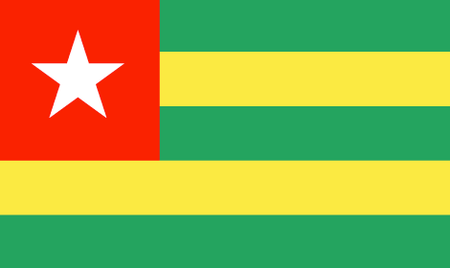 Squeezed in between Ghana to the west, Burkina Faso to the north, Benin to the east and the Gulf of Guinea to the south, Togo is a long, thin West African nation that came into being in 1961 as a consequence of decolonization. The French, British and even Germans all had an interest in the region going back to the 1800s, and the official language for the 7.5 million Togolese remains French. That population is made up of a large number of different tribal and ethnic groups, though a hereditary dictatorship has managed to keep the peace since independence. The most important sectors of the economy, finance and tourism, have done little to alleviate the poverty in which most of the people are forced to live.

From its white sandy beaches to the grasslands and woodlands of the interior, Togo has a great deal to offer outdoor enthusiasts, who can hike through tropical scenery to cool lakes and traditional villages. And while the main sport among the natives is naturally soccer, there is one golf course in Togo to cater to the tourists. Located just outside Lomé, the nation's capital, is Golf Club du Togo, a 2900-meter, par 72 9-hole layout where tropical foliage lines the fairways.

Togo
Your rating
No users played here
Already played this course?
See all 1